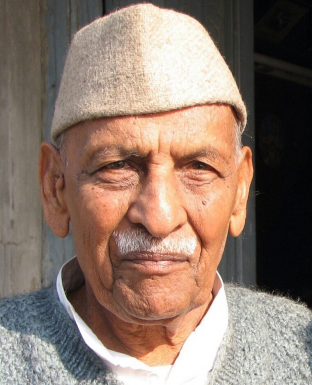 Sh. Sita Ram Garg was born on April 6, 1919. After Matriculation in 1936 he joined the family business of manufacturing Tents and Furniture. He was the founder President of All India Tent Dealers Welfare Association, President of Haryana Tent Dealers Welfare Association, and was a Regional Executive of Northern Chamber of Commerce and Industries, Chandigarh.

Sh. Garg was founder member of Hero Club, Ambala and Rotary Cancer Clinic, Delhi. He was also founder member of Aggarwal Sabha, Ambala Cantt and Vice President of Haryana Beopar Mandal, Hisar. He had been associated with the Sewa Samiti Society for more than 60 years and became the Secretary of Sewa Samiti, Ambala Cantt in 1959. In 1962, he helped start a Sewa Smiti School and today it is one of the best institutions in Ambala. Sh. Garg was very active in all activities of school education including opening an English Medium Convent School, Child Day Care Centres, and an OPD Dispensary. He led a very active life and was totally dedicated to the cause of education. He was also the founder member of Adult Education Society, Ambala Cantt.

Sh. Sita Ram Garg was the founder member of Shri Ram Swarup Memorial Trust (SRSMT). He passed away on May 26, 2015, causing loss to social circles of Ambala, SRSMT, and the family. We always pray for peace for his soul.

Important Notices
Option Form Regarding Mode of KUK Examination (August 2021), (For Ex-Students of ACE and students of other Colleges whose examination center is ACE. 2nd, 4th, 6th and 7th Semesters)