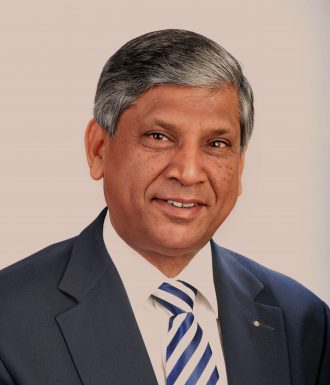 Sh. Yas Pal Das was born on Sepember 23, 1946 and studied in Lawrence School, Sanawar, before he joined and served in Merchant Navy as Executive Officer for 8 years. On return to his hometown Ambala, Mr. Das joined his family business and was managing the firm Metro Motors and was a Director in Associated Traders & Engineers Ltd, a premier Road and Air Transport Company. He was also a member of All India Road Transport Development Association, Federation of Automobiles Dealers Association, and various other commerce bodies.

Sh. Das was also the founder member and Vice President of Rotary Ambala Cancer Detection and Welfare Society that is managing Rotary Ambala Cancer & General Hospital in Ambala Cantt. He has been instrumental in getting financial as well as material support from various national and international sources.

Sh Yash Pal Das was the founder member of Shri Ram Swarup Memorial Trust. He breathed his last on September 22, 2020 which caused great loss to Rotary Ambala, Rotary International, SRSMT and the family. We always pray for peace for his soul.

Important Notices
Option Form Regarding Mode of KUK Examination (August 2021), (For Ex-Students of ACE and students of other Colleges whose examination center is ACE. 2nd, 4th, 6th and 7th Semesters)